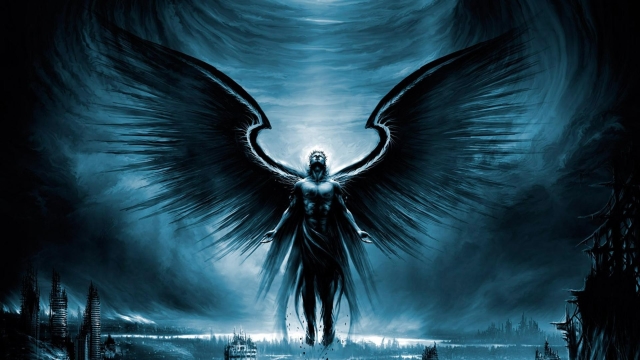 This blog, from having been closed with no new posts from February 28, 2015 and up to this date, is now being reopened. New articles will be published here as often as time permits, and when I find something I think is worth publishing. I will continue in the same spirit as before, i.e. I will post on different subjects that I believe are important for humanity in these difficult times.

Up until now, I have spent some time working on another blog I have, which can be found here. I will still keep that blog running, but it will from now on primarily concentrate on the Artificial Intelligence Agenda and the upcoming Singularity. Both these subjects are of utter importance because our future as a human race depends on that we are educated on that subject. There are forces–terrestrial and extraterrestrial–who want to terminate Homo sapiens sapiens and instead create a species of cyborgs, connected to a Super Brain. At that point, humanity will become the equivalent to the Borgs from Star Trek.

This is not science fiction, and these forces will, without any doubt whatsoever, succeed by 2045, unless we humans interfere and refuse to participate. I just published an e-book on the subject, named Synthetic Intelligence and the Transmutation of Humankind–A Roadmap to the Singularity and Beyond. You can read and download the book for free. I hope as many as possible will read the book–it’s very important! Not because I wrote it, but because this is the most important subject there is to study at this point.

Some people may know me from my two major websites, “Illuminati News,” http://illuminati-news.com/, and “The Wes Penre Papers,” http://wespenre.com/.

Illuminati News is a huge database that I created between 1998-2009, containing information about the “Illuminati,” also known as the “Global Elite.” The website is an exposure of a group of super-rich people who are literally controlling this planet behind the scenes; on a level far above that of our known Governments, regardless of which country you’re living in. Although they are not at the top of the “food chain,” they are the ones who are controlling the money-flow on this planet, and therefore they have the power to steer governments, businesses, and all major institutions in the direction that they, or those who control them, want.

“The Wes Penre Papers” take a giant leap from the information at the Illuminati News Website. The Wes Penre Papers are a long series of papers that I wrote between 2010 and 2015, and they go a step further in the sense that they are, amongst other things, exposing the extraterrestrial control over and above the Illuminati. The Illuminati are only puppets to an extraterrestrial group, which I call the “Alien Invader Force,” or the “AIF”. In this blog, I will also use the terms “The Cosmic Outlaws,” or the “Overlords.” This force consists of a number of extraterrestrial star races; beings who hijacked our planet a little less than 500,000 years ago. Before that, a human multi-dimensional species was dominating this planet. They were a very peaceful species, who were also the “Guardians” of the “Living Library,” which is exactly what Planet Earth is; it is a Living Library, consisting of flora and animal life planted and seeded here by a peaceful extraterrestrial star race from Orion and the star system Vega. Although, when this ancient human race roamed the Earth, they were multidimensional and immortal. They operated in the Spiritual Universe as were us before the Overlords came.

A rebellion started in the Heavens long before Earth was hijacked, and we can loosely read about this rebellion in the Bible, the Urantia Book, and through other ancient texts. A royal being who we call Lucifer, but is also known as En.ki or Ea in our ancient scriptures, was the being who rebelled against his own mother and stepfather in the Orion Empire. To make a long story short, Lucifer was cast out of “Heaven, the Orion Empire,” after which he attacked Earth, and a war broke out in the solar system. We can read about this war in the Greek and Roman mythologies as the “War of the Titans.” The Orions and the Vegans were the Titans while Lucifer/En.ki and his allies of different star races were the Olympian gods (The Olympians have in modern times also been called the “Anunnaki”).

Unfortunately for us, the Olympians won the war, and Lucifer has been in control over our planet ever since. The primordial human race was then genetically manipulated in a sense that it no longer could keep its multi-dimensional abilities, but instead was “dumbed down” to a level where they could be easily controlled and slaves to Lucifer’s forces. Earth has been Lucifer’s stronghold ever since, and the war and oppression we have experienced over the millennia are basically because of this alien influence behind the scenes. Up until this date, we have been the slaves to these Overlords, although the slavery we are experiencing today is more covert than the obvious slavery we as a human race were subjected to in the beginning, when we were digging gold and other metals and minerals for the Overlords in Africa and other places around the world.

Lucifer and his cohorts are all multi-dimensional and interdimensional and are also in charge of the “Afterlife,” i.e. when we die, our souls don’t go to “Heaven” or “Hell;” they are hijacked all over again by Lucifer’s forces and prepared and “groomed” so that they can reincarnate on Earth over and over; something we all have done for the last thousands of years.

“The Wes Penre Papers” are telling this entire story in detail. They are divided into five “Levels of Learning,” where the reader can learn about the true nature of our past and what future these ET beings have in mind for us. The papers are based on real evidence, which is often taken directly from the ancient texts from different cultures around the world. These ancient texts are all telling the same story; they are just using different names for the same “gods.” This goes for the Bible as well.

In the Papers I also offer a workable so[u]lution for the dilemma the ignorant humanity is stuck in. The ET controllers have successfully managed to give us almost complete amnesia so we can’t remember our past lives. Now it’s time for humanity to wake up, and I am doing my best to help out with that.

If you are interested in my work, please keep an eye open on this particular page. You can either subscribe to this blog (on which I will sproadically publish articles), or you can send a friend request to my Facebook page, which you will find if you search for “Wes Penre” on Facebook. Another place where updates will be published is here: http://wespenre.com/news.htm.

A good idea, however, is to learn more about the Illuminati and the AIF Overlords before you dig into the material on this blog or my new, upcoming domain. My both previous websites are prerequisites because if the reader doesn’t study these subjects first, at least to get a common knowledge. If you are new to these subjects, it could otherwise be overwhelming and hard to follow my new material. Therefore, please look into the links provided in the beginning of this Home Page!

Wes Penre on the Web:

Illuminati News (launched in 1998): This is a database, consisting of a variety of topics, such as the Shadow Government, Extraterrestrials, Corruption within the Music Industry and Hollywood, Metaphysics, and much more…

Wes Penre Productions (launched in 2011): This website is primarily concentrated on the ET present on Earth and in the known universe and exposes them as being in control of our reality and our everyday lives. They have been using us for their own agendas and purposes for hundreds of thousands of years, and they are the ones who own the big Corporations, Education, Health Care, Politics, and everything else that affects our lives on a continuous basis. It also focuses on Artificial Intelligence, which is the big item in our times. Everybody urgently needs to read up on this subject–our future literally depends on it.

Wes Penre Productions–the Blog (launched in 2008 under another title): Brings up an array of topics related to my two websites above.

Wes Penre on Facebook: Latest news on what Wes is up to.